I often think that being an inventor and being a founder share common intent, groping around in a foggy vision of the future, grabbing whatever you can get your hands on and pulling it back into the present.

We look at the full matrix of life and see where things are taken for granted, how things could be put together in a way that’s not obvious, or how a completely new set of tools could come into play to improve existing products.

Envisioning a future for the shape of your company and the impact of its technology on the world is a core skill that can be practiced and fine-tuned like any other. You have to establish a base first of course. Once you as a business have a properly established workbench, you can get to work. You’ll need to put yourself into a frame of mind where the future is already happening. With the world being as interconnected as it is due to how common smartphones and tablets are, you’ll want to work with an enterprise application development platform that can help make your vision a reality. The right app at the right time can make all the difference in the world. Likewise, a below par app immediately reflects on the quality of the business it’s meant to represent.

My routine involves reading a lot and talking and hanging out with interesting people, perhaps not classic business leaders but deep business thinkers nonetheless.

My love of reading and learning was born of necessity. Growing up, I had the happy combination of being extremely unpopular and extremely poor. Not only that, my orthodontist made me wear braces, with elastic headgear, every day to school.

So I retreated into the library and the computer lab – for my development as an entrepreneur, it couldn’t have been better. All that time embedded in science fiction books, instead of learning to do makeup, meant that when it came to imagining the future, I was well trained.

As an entrepreneur it’s a tricky balance cultivating a sense of illusion, because if it goes too far you can become delusional. If you believe only your story you can lose your way and end up pursuing a business line or a product that’s not working because you haven’t tuned it properly, or it’s something that people just don’t want to use. It’s important that a future vision be big and broad, and you have to be utterly invested in that bigger vision, but the exact path you take to get there may change over time. Once I’ve locked down the bigger vision, I give it everything, retaining focus on the final goal while changing the method and technology along the way when necessary.

Achieving a vision requires the cultivation of non-delusionary behavior alongside a clearly delusional mindset.

We’re thinking about the grand challenges facing humanity, the next billion lives that will be touched by technology and the choices we’ll make around how to spend our time.

It also requires action. I see life as a strong, fast-flowing current, and I don’t want to stand on the riverbanks. I want to ride its energy, particularly in the home-based Artificial Intelligence (AI) field I’m working with at Akin, which is the most pervasive and influential technology form I’ve ever encountered. We’re thinking about the grand challenges facing humanity, the next billion lives that will be touched by technology and the choices we’ll make around how to spend our time.

The average household spends over 20 hours a week just on running the family home. If technology can reduce that to 10 hours per week and free people up for quality time, doing the things they love – that will change a lot of lives. Most of the technology coming out of Silicon Valley optimizes behavior for increased consumption and addiction, rather than to make life better. We can do that with the next generation of AI. We’d like to build deep trusted relationships with 100 million homes, and to achieve at least a 5% positive state shift in the wellbeing of our users.

Scaling to Impact a Billion Lives

We have the ability to shift individual lives and populations at scale. Scaling is where most startups fall over. Even if they get a sweet product/market fit, genuine scale is a different proposition. Scale no longer means expanding into another country and adding more servers.

We’re moving into an era of hyper-personalization powered by AI; exquisitely fine-tuning the technology down to the individual user while at the same time scaling up to impact a billion people.

That type of scale is not an easy journey. It requires highly specialized skills and a global mindset. It demands more money than you ever think you will need, more time than you have, and a relentless push for rapid product iteration.

If you try and solve a micro problem for a micro niche, you may well achieve that. You might create a company with a couple of million in turnover but you’ll die when someone swamps you. If what you’re building isn’t applicable for a billion lives, then at some point of your company’s growth you will be acquired before you want to be or you’ll sit in the corner and become a zombie company where you don’t die but you don’t go anywhere either. It will be a good lifestyle business for the founders but it won’t have global significance.

If I can reach a billion lives and shift them by 5%, that’s incredibly interesting to me, and there has been no other time in human history when we’ve been able to do this.

That’s the driver for why I’m doing this. It’s behavioral. It’s about impact. If I can reach a billion lives and shift them by 5%, that’s incredibly interesting to me, and there has been no other time in human history when we’ve been able to do this. And certainly no other time in human history when a female entrepreneur could do this. It’s a glorious time to be alive.

As a female CEO, you have to think bigger than a niche. I won’t trot out the clichés about females being more intuitive, but at a practical level we get less than 5% of all venture funding which means that female leaders learn to become capital efficient.

Whatever we get, we’re quite elegant in turning it into a provable, leverageable offering. When males get multiples more funding than women of similar skills might get for a similar idea, it forces us into capital efficiency. I think that’s a wonderful thing to have because markets go up and down. Sometimes markets are flush with cash and if you’re generously funded you can waste a lot of money. But when markets go down, which they do, female entrepreneurs are lean and strong and can shift mountains with a single fulcrum, which is one of the reasons female entrepreneurs get better returns for investors, and companies with women on their board do so much better.

We are also able to stand out from a crowd. Plus we tend to attract very interesting talent, deep technologists and people that have market shifting ambitions.

Artificial Intelligence and the Future

At Akin we believe that AI will get smarter. Right now AI is contained to what deep learning and old-fashioned rules engines can do, which means AI is often used for routine task performance or object classification like a self-driving car identifying a tree or a pedestrian. The next generation of AI will be able to handle complex problems in messy environments with minimal data, just like a human would.

Humans can approach a situation without even knowing what the goal is, what the variables are, and how they’re going to change. We can still do complex problem solving with imperfect data. That’s the future of AI – it’s not just about conversational robots. People will form relationships with AI tools and hand decisions over to them, like they would a significant other – deeply embedded, ambient, and predictive.

Instead of coming home on a Friday night, slumping in front of the TV, drinking a beer, watching a bunch of junk and eating a pizza, the home-based AI tools of the future may organize for fresh groceries to be delivered on Friday morning and arrange for some friends to come over to play cards so by Saturday you will have spent less money, connected more, you’re healthier and overall your life is better. The AI has effectively modulated your environment. It’s understood what your triggers are, it’s understood what you really want, and it’s adapted your world around your needs as opposed to you having to adapt to the technology.


I want to drive the co-evolution of Artificial Intelligence as society’s companion and a tool to enable positive progress for all.

Right now you can say to various AI tools “you are stupid” and it will say, in a female voice, “I’m sorry, sir, let me get that right”. If you scale this across all behaviors, and imagine a world in which the people spend more time with AI than with real humans, and AI is used on platforms like Facebook to shift the very fabric of your experience of the world – it creates an environment where the normal kind of social interaction is diminished and a generation of advancement will be missed. On the positive side, we have the ability to use AI to shift humanity at scale. Soon AI will be making over half our decisions, and having tens of millions of relationships. If we are conscious of how this rolls out, we can help people live healthier lives, be less racist, have a smaller carbon footprint, be more connected and happier.

That’s why I’m back in the game. As a CEO you must have an underlying purpose to what you’re doing. I want to drive the co-evolution of Artificial Intelligence as society’s companion and a tool to enable positive progress for all.

That’s going to be a challenging and interesting journey. The best entrepreneurs have a higher purpose. We absolutely know why we are doing what we do, and for us it feels like what we have been put on this earth to do this thing. Some people are just in it for the money, for the deal, but they typically fall over when challenges arrive. For me, I’m all in or not at all – and that’s way more fun.

Solving A Uniquely Australian Problem (and other reflections)

The Diagnostic Power of Artificial Intelligence 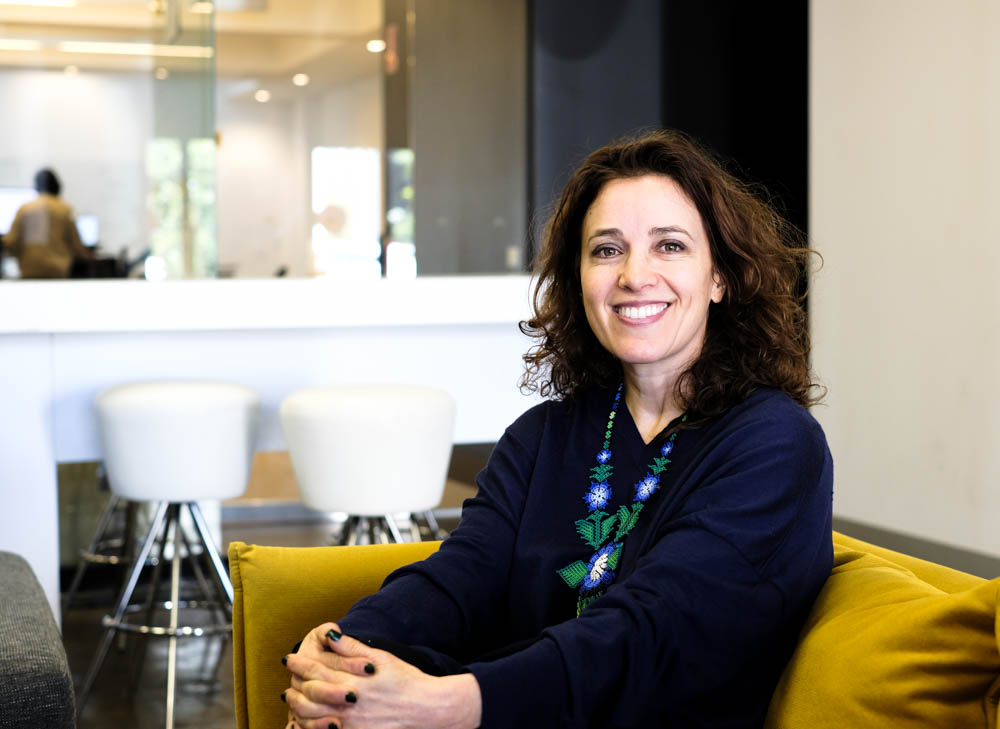 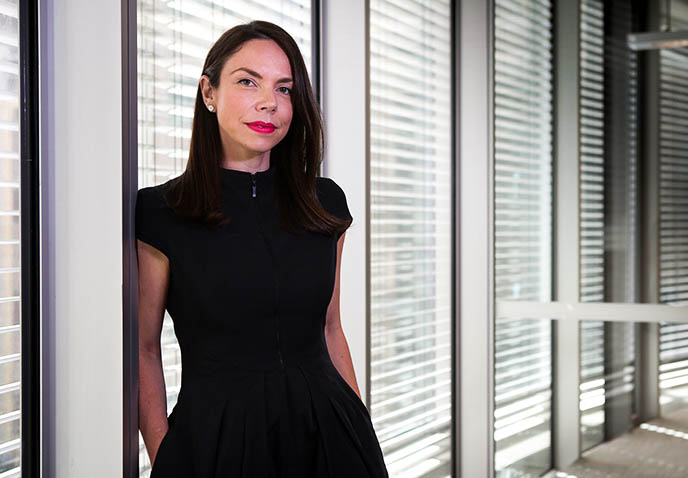 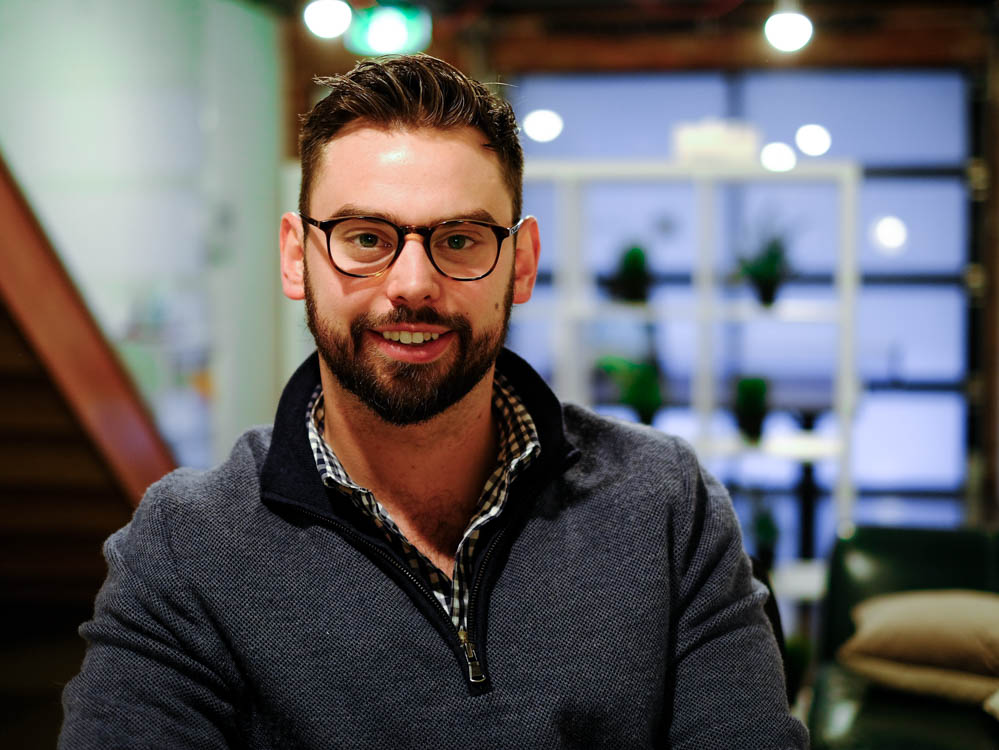